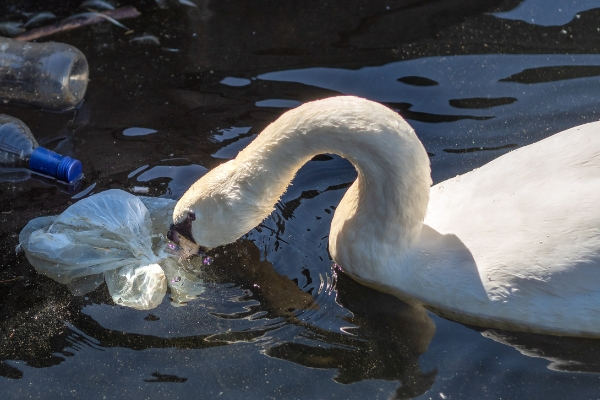 It’s time for Philadelphia to get with the program and ban single-use plastic bags. And rumor has it that the legislation to accomplish this goal is once again gaining attention. Single-use plastic bags may see their end in The City of Brotherly Love by the close of 2019. However, if 4River had it their way, and we’re sure many of you agree, this ban would include ALL single use plastics and not just bags.

But something is better than nothing, right?! And bags are a good start. Remember that beached sperm whale that was found to have approximately 65 pounds of trash in its gut? According to researchers, the majority of that was plastic bags. And just how do single use-plastics end up in the belly of a whale, or a variety of other marine life for that matter, including sea turtles, sea birds, and seals? The answer is simple, they recognize these articles as something to eat; jellyfish, squid, and other similar prey animals in the food chain. The Ocean Conservancy points out that over half a million straws and stirrers consumed by marine life were collected by volunteers from their organization in 2015.1

If Philadelphia moves to ban single-use plastic bags this year, it will follow cities like Chicago, Washington D.C., and Boston. Several municipalities in New Jersey have also gotten on the band wagon and eliminated these articles from circulation. Nationwide, several states have taken up the cause and if they haven’t banned them entirely, many are imposing fees for the purchase of plastic bags in an effort to deter their use.

Statistics note that the average plastic bag has a lifespan of 12 minutes and takes up to 1000 years to decompose. This a rather terrifying point considering other related information such as 380 billion plastic bags are used in the U.S. every year.2 What’s equally as alarming is the absolutely unnecessary manner in which these bags are consumed; one tube of toothpaste from the drugstore, one quart of milk from the grocery store. You get the picture.

With this in mind, we must make note of the other side of the problem. Consumer behaviors. CHANGE can start with the simple action of just REFUSING TO USE plastics bags. The next time you head to the store, bring your own bag. Most grocery stores sell their own logo laden bags these days. If you prefer something more fashionable, custom reusable bags can be purchased online at places like ECOBAGS.com, Etsy.com, and other similar resources (be sure to select a bag that is made of biodegradable materials). Better yet, get creative and use something that you already have around the house like a backpack or an old beach bag. There are also plenty of smart places that give reusable bags away for free because they understand that not only is this a good environmental practice, it’s an advertising opportunity! So, although there may be great news in the near future that will force the community into better environmental practices regarding single-use plastic bags, you can start reducing their presence right now by simply refusing to use them when you shop!

4River.org is a dedicated and purposeful organization whose mission is to preserve and protect rivers and their tributaries by reducing pollution through river cleanups.

At 4River we pledge to Join the Revolution; to emulate the mighty river and stand strong for the principals of environmentalism that we believe will preserve and uphold the future of our planet.